What IT Professionals and Superheroes Have in Common 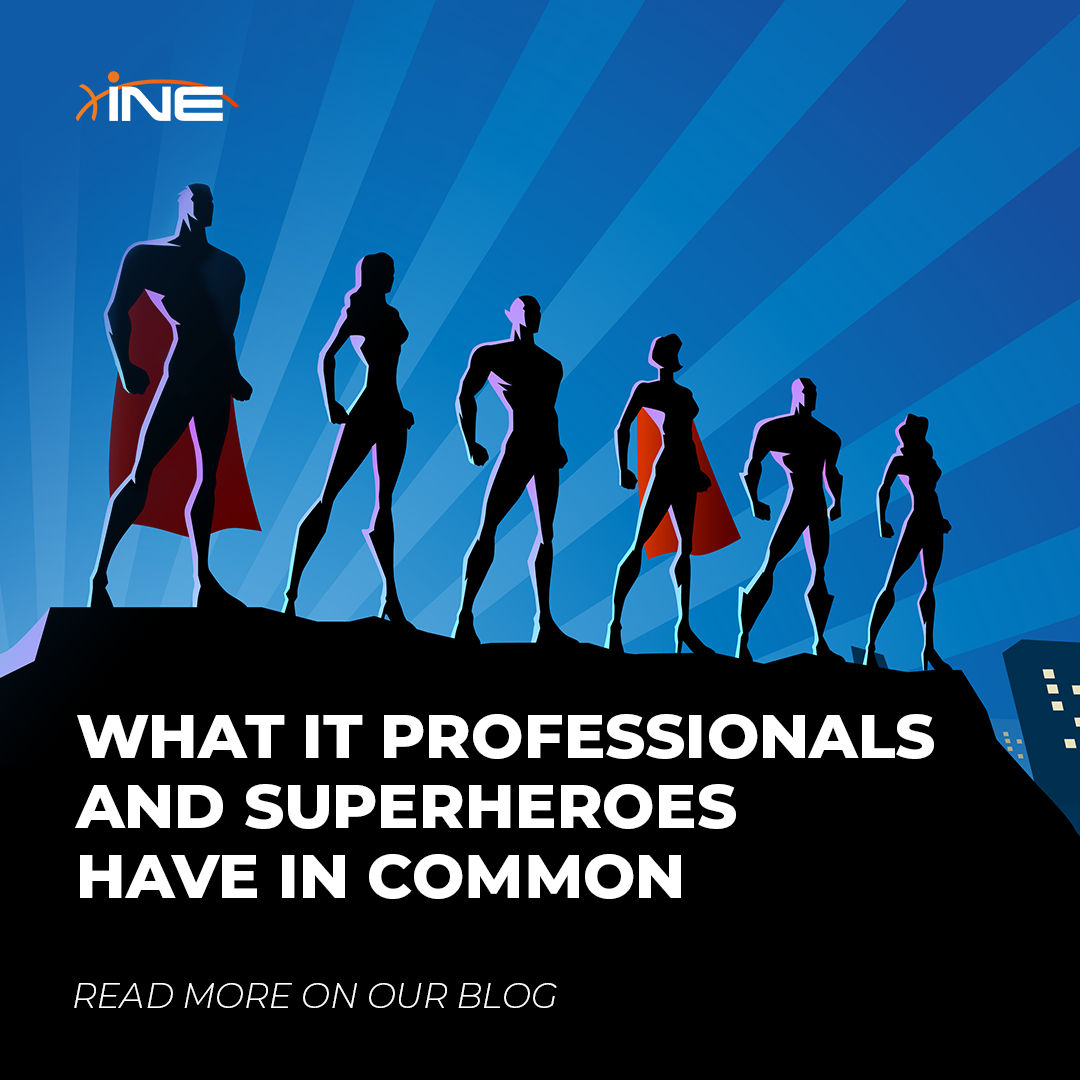 What do Superman and a Network Administrator have in common? A lot more than you’d think. Whether you prefer DC Comics or Marvel, Networking or Cyber Security, there are many parallels that can be drawn between superheroes and IT professionals when it comes to their everyday work. From fighting crime and their notable style to having outrageous skills and a supportive team, the two seemingly opposite professions are surprisingly similar.

Unique Set of Skills and Tools

Similar to Liam Neeson’s character in Taken and almost every superhero to ever exist, IT professionals have their very own set of unique skills to problem-solve and get the job done. Whether a network needs defending, an algorithm needs creating, or a cloud infrastructure needs building, their years of training and experience have prepared them to step in and save the day when needed. And while they may not have Captain America’s shield or Thor’s hammer, they do have testing and analysis software, network scanners, text editors, and hex keys in their metaphorical back pockets to overcome any challenges they may encounter. In the 21st century, the number of online risks an individual or organization faces grows each day. In 2020 alone, nearly 7 million new scam and phishing pages were created. As a result, IT professionals are increasingly called upon to put systems and procedures in place to keep bad actors out. Unfortunately, cyber criminals often still manage to find a way in, causing IT teams to have to swoop in and save the day. This version of saving the day takes a different form compared to what Iron Man or the Black Panther might face when they’re expected to save entire cities, but the job is just as important. Whether they’re completing containment procedures, restoring data backups, or identifying vulnerabilities, IT professionals are relied upon to protect business-critical and personal information. There is one small difference between IT professionals and superheroes when it comes to saving the day, however. Unlike their superhero counterparts, IT professionals typically don’t leave entire cities in ruin after their fight against evil. When you think of a superhero, chances are you instantly imagine someone with a form-fitting suit, mask, and maybe even a cape. From Superman and Batman to Wonder Woman and Captain Marvel, it’s pretty easy to picture the stereotypical superhero attire. The same is true for IT professionals. Many people often associate the classic “hacker hoodie”, glasses (which may or may not have blue light lenses), and calculator watch to complement a pair of noise-canceling headphones with individuals who work on or with computers for a living. Although it’s not quite the same style as the spandex-clad superheroes we’ve come to know and love, it’s a unique and clearly identifiable style nonetheless. Superheroes and IT professionals can seemingly do it all, but they can’t do it alone. It almost goes without saying that each member of the Avengers could probably save the world by themselves, but they’re virtually unstoppable when they work together as a team. The same is true for Networking, Cyber Security, Cloud, and Data Science professionals. Their work is often done individually, but each job is being done to achieve the same goal. With the support of the rest of the team and organization, they achieve better results, work more efficiently, and troubleshoot quickly. Working in information technology is often considered a thankless job and one without much recognition despite how critical it is to the success and safety of any organization. While they often operate quietly behind-the-scenes, they deserve the same recognition as the many men and women of the comic universes. Although they may not have superhuman strength or X-ray vision, they have earned the same amount of credit for dedicating themselves to keeping our personal and business data safe.

Take your career and education to heights only superheroes could dream of. Whether you’re starting a new career or upskilling for the one you have, INE’s on-demand Networking, Cloud, Cyber Security, and Data Science training includes everything you need to achieve your goals.

Gain instant access to an all-encompassing IT training suite with more than 18,000 on-demand videos, virtual labs and hands-on activities, bootcamps, and more today!

Learn more about our plans and pricing.