Criminal Hacking vs. Ethical Hacking: Are All Hackers Villains? 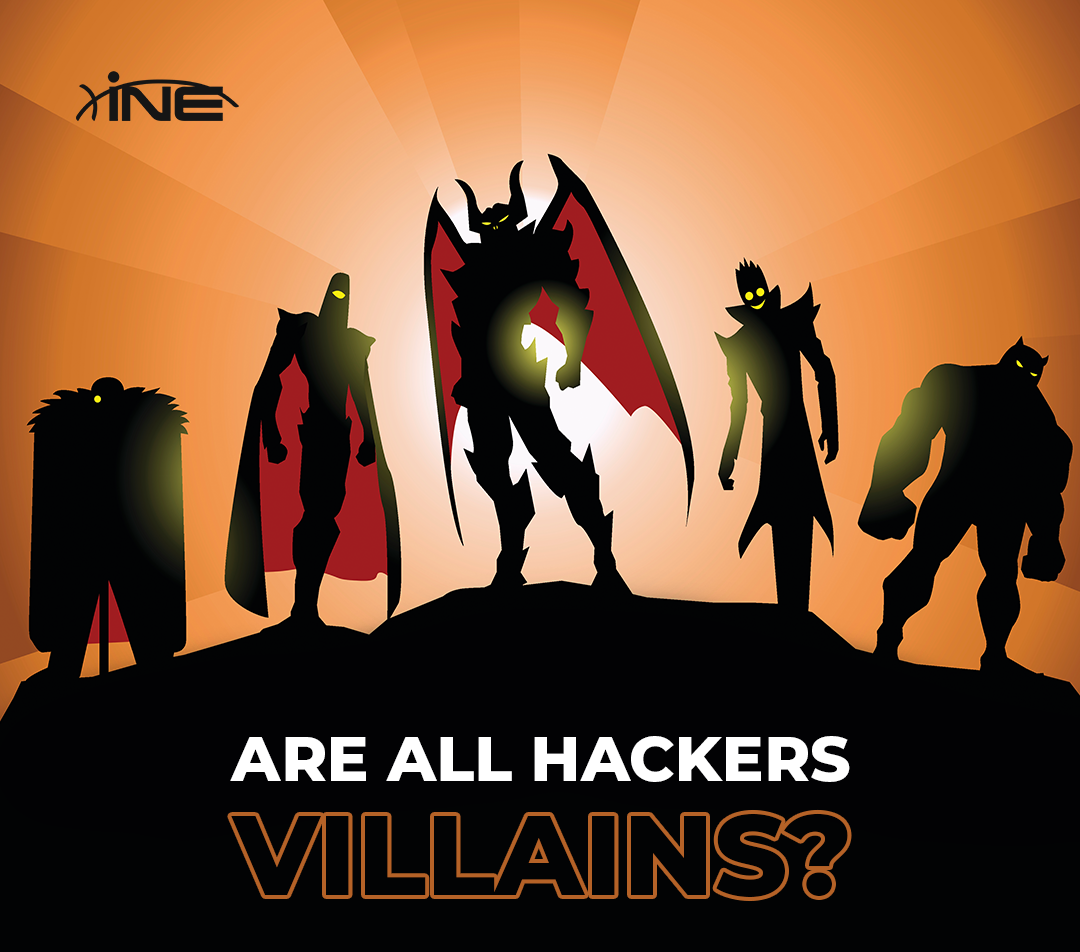 You see it all the time in Hollywood movies. “We’ve been hacked!” Sometimes it’s a vigilante hero, fighting society to bring money to those less fortunate, but more often than not, it’s a villain or antagonist wreaking havoc. Who can blame Hollywood for taking that route when all the news tells us about hackers is that they’ve stolen money or put a halt to a critical service via ransomware tactics?

If all we see of hackers is the evil side, can there really be an upside to having hackers around?

When you think of villains, you probably think of a dark lair or shadowy entrance. Even Disney villains have a dark atmosphere with dim green highlights.⁠

Perhaps the most common depiction of hackers is their tendency to be in a dark room or the back of a teched-out van, with the only source of light coming from their screen. So they must be villains right? Not so fast.

Many times we see villains with a tragic backstory. The hero or a protagonist was better than them when they were little and the hero relied on their own, natural strength. So the villain comes up with support items or technology to give them that evil advantage.

Evil hackers require the best tech they can get, and they use it to execute phishing scams, illegal data collection, and more. Besides, if the technology is too old or too slow, the hacker is more likely to get caught!⁠

But then, who doesn’t want to use the latest tech? We brought ethical hackers into the picture before, and they also use advanced technology to predict and defend against these villainous methods. By hacking into a network they have authority in, they can find vulnerabilities and work to mitigate those weak points.

This is where Blue Teams come in. By practicing threat hunting and digital forensics, blue teams use ethical hacking to fortify organizational defenses. While these methods are featured far less than their pentesting counterparts, they are just as important in defending against those who would use hacking for evil purposes.

Preying on the Weak

Weak system defenses are everywhere, and it’s not exactly because the system is bad, but rather, many people are not well-informed on how to identify or prevent hack attacks. Villains will prey on those weaker links by taking a hostage or putting people in a seemingly impossible situation.

Evil hackers do this too! They cleverly place strings of code in emails and tempt you to activate the code with pretty words and a sense of urgency. That’s what makes phishing emails so dangerous. By playing on emotions, if someone is not aware of the tactics used, the target is more likely to open the door to mischief makers. Once the code has been activated, the hacker knows they have captured their prey.

This can be fixed though! By educating your team and yourself, you immediately strengthen your defenses against the unethical hackers. Cyber intelligence is our first line of defense, and doesn’t require any extra technology or technical expertise.

So not all hackers are villains, but that doesn’t mean all hackers have your best interests at heart. It’s important to know how to identify criminal hacking, and some of the best ways to do that are to think like the villains would! To know your enemy is to know how you can best defend against them, and while they say not to fight fire with fire, it’s a good idea to have a hacker to fight off the hackers.

INE can help you keep the villains at bay, with hands-on training and expert-led videos. With these tools in hand, you and your team can be better prepared to keep crime out of your systems. Get started with INE today and show the world that you can take up Thor’s hammer in your fight against evil!

About INE
⁠INE is the premier provider of technical training for the IT industry. INE is revolutionizing the digital learning industry through the implementation of adaptive technologies and a proven method of hands on training experiences. Our portfolio of trainings is built for all levels of technical learning, specializing in advanced networking technologies, next generation security and infrastructure programming and development. Want to talk to a training advisor about our course offerings and training plans? Give us a call at 877-224-8987 or email us at sales@ine.com