Today Cisco posted their official announcement on the upcoming changes for CCIE Routing & Switching Version 5.  The majority of the announcement is along the same lines as previously rumored changes, except for the official launch date, which is now scheduled for June 4th 2014.  This should bring a great sigh of relief to you if you’re currently nearing the end of your CCIE R&S v4 preparation, as you now have a 6 month window to pass the v4 lab exam before the change to v5 occurs.

Specifically the announcement details changes to technical topics covered both in the written and lab exams, the equipment used, as well as the exam format, as follows:

Of the new topics announced, the big ones are DMVPN and IPsec.  These are specifically listed as DMVPN Single Hub and IPsec with Pre-Shared Keys, so the scope is not nearly as large as the CCIE Security.  If you don’t yet know what any of these terms mean, don’t worry, you soon will ;)

Topics moved from the Lab to the Written:

For topics removed, there are three killer areas here: Frame Relay, PfR, and Layer 2 QoS.  Frame Relay’s removal is no surprise, as Ethernet based last mile access solutions such as Metro Ethernet and Virtual Private LAN Services (VPLS) have exploded in the past few years and have eclipsed legacy methods such as DS3 Frame Relay.  From a technology design point of view though, a lot of the Frame Relay theory transfers directly over to DMVPN, as DMVPN could be thought of as a way to emulate legacy hub-and-spoke network designs over a public transport.

As for PfR’s removal, this one is a bit of a surprise, and I can already hear Brian Dennis’s screams of agony: 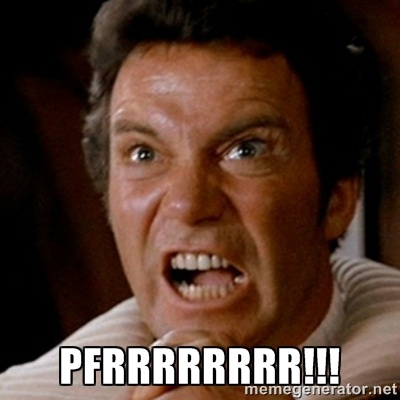 While the general idea of PfR is great, I’ve never seen it implemented other than in very small scale environments due to the management complexity.  You have to give Cisco credit though, as PfR is essentially SDN version 1.0, and now a very large portion of the industry is focused on this type of application.

The other large change here is the removal of Layer 2 QoS.  While this is still a very important topic, the problem with L2 QoS is that it is highly platform dependent, and the way that Catalyst 29xx/35xx/45xx/65xx implement L2 QoS is generally unique to each.  Therefore in the interest of platform independence and virtualization, L2 QoS gets the axe.  This brings us to our next topic, which is the hardware changes in the new blueprint.

As previously rumored, the new CCIE R&S v5 equipment is going all virtual.  As CCIE R&S v4 had already been using virtual IOS for the troubleshooting section of the exam, this should come as no surprise. The biggest implication of this change is that the size of the topology is now arbitrary.  I wouldn’t be surprised going into the exam and seeing a configuration section with 20+ routers in the topology.

The other implication of this change is that certain features can no longer be tested on, as they’re not supported in the virtual IOS.  Those topics that can’t be tested, such as Layer 2 QoS or Flexlinks, are now explicitly excluded from the topic scope of the exam.

Last but not least, a new testing section has been introduced into the R&S v5 lab exam format.  While the written exam format stays the same, the lab now includes a “diagnostic” section, which focuses on the diagnosis and resolution of network issues from a more high level point of view.

This new section won’t use equipment, but instead will present the candidate with information such as network diagrams, CLI outputs, log outputs, traffic captures, and email exchanges, based on which they will be expected to diagnose a presented network problem.  Based on the description in the announcement, I would assume that this format is going to be similar to the CCDE Practical Exam testing format, which tests analytical skills without the need of access to actual devices CLI.

Another minor change to the exam is how the timing of sections works.  In the v4 format, candidates had a maximum of 2 hours to complete the troubleshooting section, and a minimum of 6 hours for the configuration section.  If the candidate used less than 2 hours in troubleshooting, the extra time rolled over to the configuration section.  In the v5 format this changes along with the addition of the diagnostic section.

How Does This Affect Me As An INE Customer?

The good news is that if you’ve purchased and of the R&S v4 products from INE, you’re covered for the v5 products.  You won’t have to pay anything to upgrade to the v5 products, including the Bootcamps.  If you already attended a v4 bootcamp and want to resit a v5 bootcamp, there’s no charge for it.

As it’s no secret that Cisco’s blueprint changes have been in the works for quite some time, as have INE’s plans for the v5 update.  We have a bunch of new exciting product updates and more importantly new product features that we’re going to be launching along with the v5 product updates.  More information will be available about these updates in the coming weeks.

In the short term I’m going to be running a free online class this Friday – December 6th 2013 – at 10:00 PST (GMT –8) on Introduction to DMVPN for CCIE R&S Candidates.  I’ll post another blog update tomorrow with more information on this.