We've added a few online seats to the R&S CCIE Troubleshooting Bootcamp that is being held here in Bellevue, WA starting October 1st and streamed online live. The online seats include your own dedicated rack of 28 ISRs and 4 switches along with grading for the week plus the weekend following the bootcamp. Additionally if you are an AAP (All Access Pass) member and a little venturous you could do the Troubleshooting Bootcamp using GNS3 without costing you anything. You will need a decent machine to run 32 devices in GNS3 or could use something like Amazon's or RackSpace's cloud servers. I'll post the instructions on how to install and run GNS3 using Amazon's and RackSpace's cloud here on the blog. It'll cost roughly 30 cents per hour to run a server powerful enough for the troubleshooting topology but you only pay Amazon or RackSpace for the hours when the machine is running. So roughly $12 in server fees for the full bootcamp.

This isn't like other troubleshooting bootcamps in that we are the only company offering a full troubleshooting topology using 32 device topology (28 routers and 4 switches) along with lab grading. One of the offerings out there teaches troubleshooting using PowerPoint slides but the last time I checked Microsoft's PowerPoint isn't on the lab blueprint ;-) Here is a sample topology from the bootcamp: 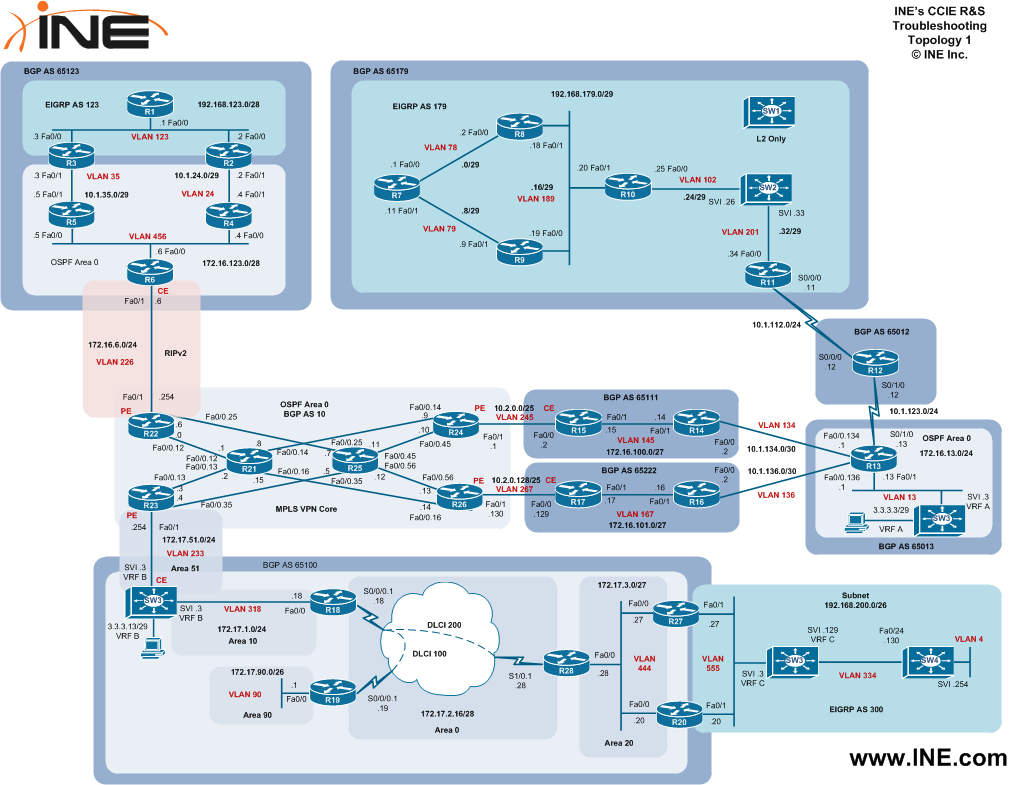 Additionally I spend a ton of time hands-on breaking down the tickets and their technologies. Roughly 8 hours per day is spent going over the previous evening's tickets. If you have any questions regarding the R&S CCIE Troubleshooting Bootcamp feel free to email me directly. My email is bdennis@ine.com.