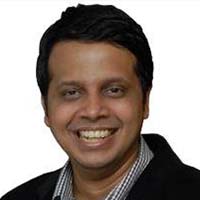 Vivek Ramachandran is the Founder and Chief Trainer at Pentester Academy. He discovered the Caffe Latte attack, broke WEP Cloaking - a WEP protection schema, conceptualized enterprise Wi-Fi Backdoors and created Chellam, the world's first Wi-Fi Firewall. He is also the author of multiple five star rated books which have together sold over 13,000+ copies worldwide and have been translated to multiple languages. Vivek started SecurityTube.net in 2007, a YouTube for security which current aggregates the largest collection of security research videos on the web. SecurityTube Training and Pentester Academy now serve thousands of customers from over 90 countries worldwide. He also conducts in-person trainings in the US, Europe and Asia. Vivek's work on wireless security has been quoted in BBC online, InfoWorld, MacWorld, The Register, IT World Canada etc. places. He has spoken/trained at top conferences around the world including Black Hat USA, Europe and Abu Dhabi, Defcon, Hacktivity, Brucon, SecurityByte, SecurityZone, Nullcon, C0C0n etc. Vivek has over a decade of experience in security and has keen interest in the areas of Wireless, Mobile, Network and Web Application Pentesting, Shellcoding, Reversing and Exploit Research. He loves programming in Python, C and Assembly.

View all courses
© 2022 INE. All Rights Reserved. All logos, trademarks and registered trademarks are the property of their respective owners.
Terms of servicePrivacy policy