What is Peer-to-Peer Transitive Routing? 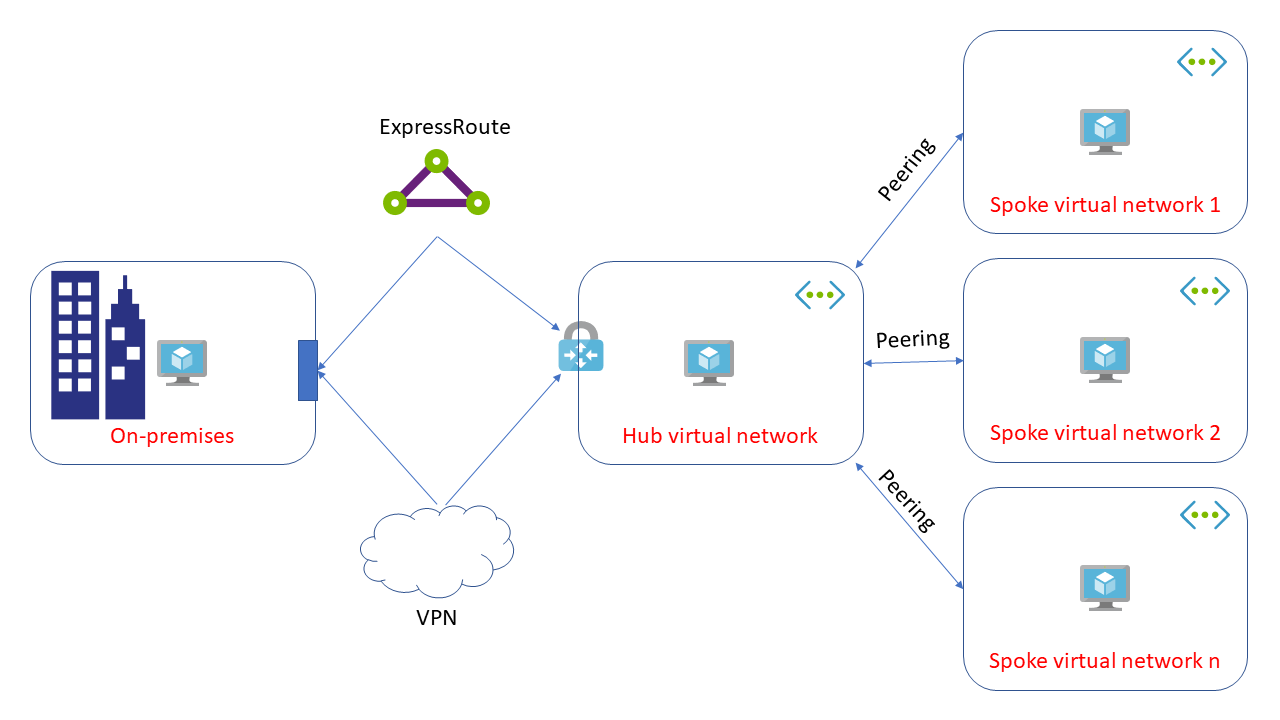 As you can see in the diagram above, the "hub" network is connected to the on-premises network via a VPN gateway or ExpressRoute gateway, while all "spoke" virtual networks have peering relationships with the "hub" virtual network. Built-in routing and gateway transit (or BGP if using ExpressRoute) provide the following routing flows from Azure automatically: 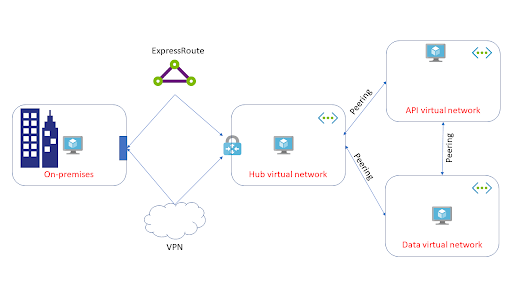 This is fine for a small number of "spokes", but the number of peerings increases exponentially (n*(n-1)) as more "spoke" virtual networks are added. For example, if there are 99 networks and they all need to communicate, there will be 9,900 peering connections.

An alternate approach is to add custom routing to the topology. This eliminates the need to establish peering relationships between the "spoke" networks. The connection topology is the same as the standard "hub and spoke", with a network virtual appliance (NVA) acting as a router in the "hub" virtual network, and routing rules added to the "spoke" virtual networks via route tables. 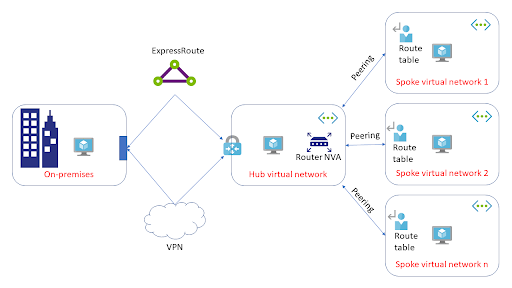 This topology routes all traffic between "spokes" through the "hub" network and the router NVA. The "hub" provides transitive routing for all inter-spoke communication.

There are several advantages to this topology. Among them are:

As with any choice, there are some drawbacks to consider when implementing a routed "hub and spoke" topology. These include:

While it is possible and relatively easy to configure transitive routing through a "hub and spoke" topology, it may not be the optimal solution in all cases. There are alternatives to implementing peer-to-peer transitive routing:

Peer-to-peer transitive routing is currently not available by default in Azure virtual networking but can be implemented using a network virtual appliance and custom routing rules. This is a viable option for network topologies, but there may be simpler alternatives. In Part Two of this series, I will go through the process of establishing peer-to-peer transitive routing in a "hub and spoke" network topology. Stay tuned.

INE's Microsoft Azure Learning Path is available now! Experience the complete journey to Azure Certification. Use your All Access Pass to get started today.